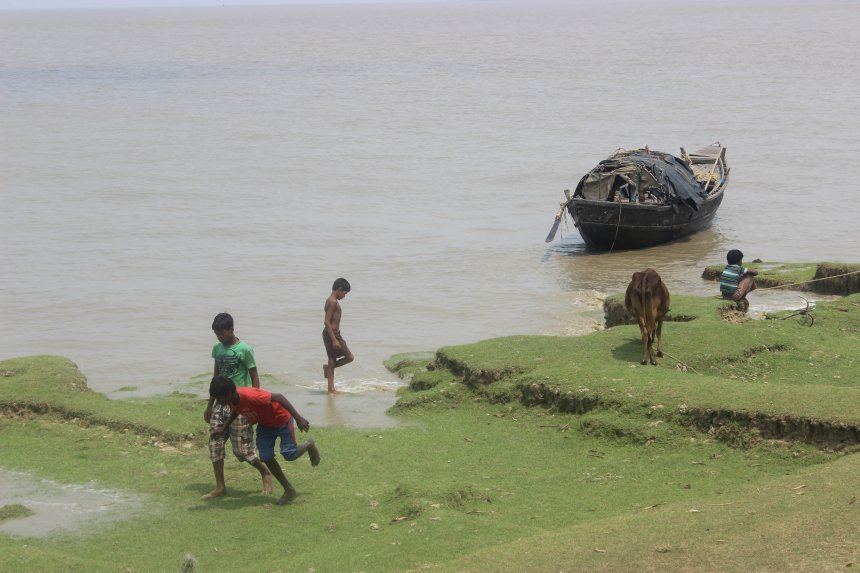 The media have a fundamental role to play when it comes to communicating research and evidence to a broader audience. With this in mind, engagement of mainstream Indian media at the national and regional levels were very important when it came to sharing the Sundarbans Health Watch report. But this did not address the challenge of how to reach the policy implementers at the grassroots.

The challenge was to specifically reach the local implementers and local self-government functionaries (panchayat representatives) of The Indian Sundarbans who play a very crucial role in implementing policies and could use these research findings to inform their decisions.

As an overwhelming percentage of the island population of the Sundarbans read Bengali (the local language) newspapers, English newspapers were not an option. Some of the Bengali mainstream newspapers do reach the islanders but mostly the landlocked portion of the archipelago or the prominent towns in the islands. So, we needed a vehicle to reach more people. And it had to be a credible source.

During our research, we found out that there is a vibrant local print media which has a dedicated readership as they publish local news like news on innovations in agriculture or regional weather forecasts to which the population can readily relate. And more importantly, they reach the remotest islands, which is often outside the reach of the major newspapers.

But while scanning the newspapers we found that most of the print houses either have never used research or have very negligible capacity to write on research evidence, most of which are published in English.

Supporting local media to use and translate research

We talked to the editors and proprietors of the local print media and to local journalists’ associations about the importance of sharing the findings. We planned and organized a series of workshops on health policy, contextual determinants of health, and where to get the latest figures on the healthcare of the local districts and blocks.

We came with a less technical, vernacular version of our report to help understand the evidence. During the workshop, it was easy for the journalists to contextualize the evidence and connect to their readership because they are all from the Sundarbans archipelago themselves. The results were more than we expected:

What did we learn?

Our experience highlights how the local media embedded in social, economic and political dynamics of their community have the capability to highlight gaps in healthcare service delivery and to advocate for a community-centered health system. In addition, the community has trust in local media as a reliable voice for expressing their health demand to relevant policymakers.

On the flipside, policymakers at district and local level can also make the most of the positive engagement with local media to generate awareness, particularly for those living in the remotest areas.

We believe that working with the local media has to be part of any strategy to achieve Universal Health Coverage. Underpinning that, it is vital when it comes to fostering positive change – from knowledge sharing between researchers and the community, visibility or recognition, to changes in attitudes and behaviors that lead to the uptake of health systems research.