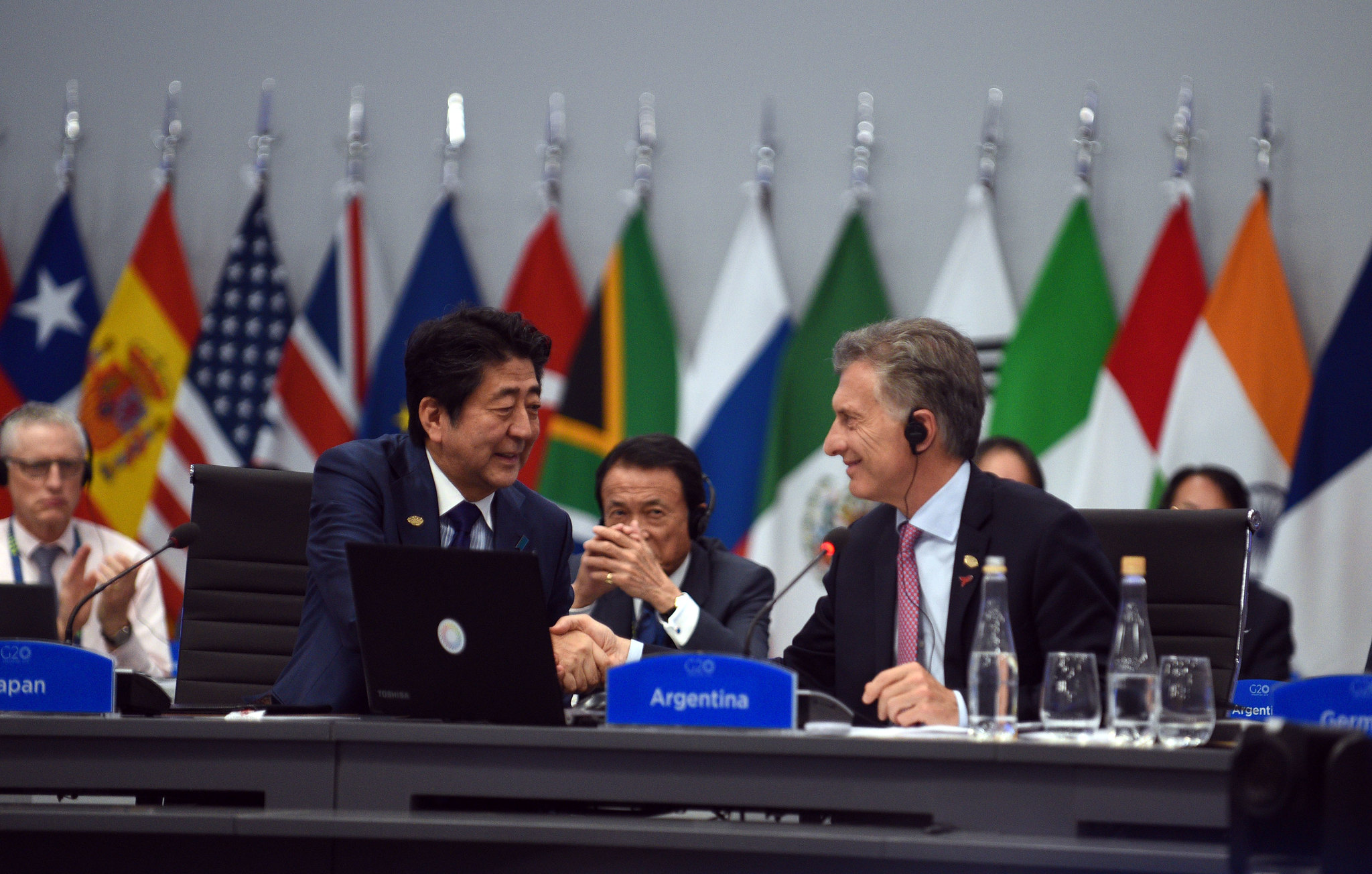 Why G20 key to achieving the Global Goals for Sustainable Development

I had the privilege of participating in a process led by the Japanese think tanks of the T20 (Think 20) to prepare policy briefs to feed into the deliberations of the G20 taking place in June. I was involved in producing the policy brief Deliberate Next Steps Toward a New globalism for Universal Health Coverage (UHC) as part of a series on the 2030 Agenda for Sustainable Development, and also published in The BMJ. Not only did the opportunity allow me to take part in stimulating discussions and debates around achieving Health for All , it also enabled me to catch a glimpse of increasingly important fora for policy deliberation that are emerging in the context of changing global power relationships.

The G20 and the Global Goals for Sustainable Development

Prior to 2015, and in the era of the Millennium Development Goals (MDGs), the development agencies of a relatively small number of advanced market economies and a few big philanthropic foundations provided the bulk of development finance. They also played an important role in creating a framework for overseeing financial flows for development. The G7 became an important forum for seeking agreements on major development initiatives. One example is the G7/G8 meeting in the UK in 2005 which led to major commitments for development in Africa. This smaller grouping cannot play the same role with regard to the United Nations Global Goals for Sustainable Development (Global Goals) because it does not include a number of countries that have a growing influence on international development.

The G20, on the other hand, which includes the European Union and Brazil, China, Russia, India and South Africa (BRICS) is better placed to shape current and future development agendas such as Universal Health Coverage. The grouping began as a gathering of Ministers of Finance during the immediate aftermath of the financial crisis of 2008. But it has gradually considered a widening number of issues including the Global Goals.

Tedros Adhanom Ghebreyesus, the Director General of the World Health Organisation WHO, has given high priority to making progress towards achieving UHC. The United Nations General Assembly will organise a high level meeting on UHC to coincide with its next meeting in September 2019. Substantial commitments by governments will be needed to translate these broad global agreements into reality on the ground. That is where the G20 comes in.

Japan has played a leading role in keeping UHC on the global agenda. Its government organised an international meeting on this topic in Tokyo in late 2017. Its Prime Minister pledged $2.9 billion of financial support for UHC initiatives at that meeting. This year Japan will host the G20 and it has been organising a number of consultative activities to contribute to the final communique. This includes organisation of the T20, a consultation involving think tanks based in G20 countries and in a number of countries that have been recipients of development assistance, and helps ensure debates that take place at the G20 are informed by rigorous evidence and knowledge.

As part of this process, the Japanese Government has supported the production of a number of policy briefs on the Global Goals, including the Universal Health Coverage target. It convened a large initial meeting with think tanks from around the world and also a smaller meeting to focus on UHC. The latter involved leading thinkers from a number of institutes in Japan and countries in Asia, Africa the United States and Europe. This meeting identified priority areas to be included in the policy brief. The choice reflected views on important challenges to be addressed and on areas where agreement by the G20 is important for effective action. This is particularly difficult at a time of sharp disagreements between major powers. However, the aim was to flag issues for ongoing discussions. The focus was different from that of the G7, since it was discussing a goal relevant to all member countries, as well as other potential recipients of development assistance. Although issues of financial support were raised, there was also a concern about the need for agreement on regulatory challenges associated with rapid technological innovation and on building mutual learning between countries. The draft policy brief was reviewed by a wide range of international experts and also by Japanese Government Officials, and the final policy brief will be made available to national leaders and their Sherpas as they formulate the final communique in Osaka in late June.

It is difficult to trace a direct line from the work of the T20 to agreements reached by the G20 and subsequent actions by participating governments. However, the network of think tanks and the committed leadership of the process by the Japanese Government demonstrates how the means of building common understandings, and who shapes them, in the context of a rapidly changing global architecture is shifting. These networks will become increasingly important as a mechanism for translating the very broad basic principles that the Global Goals represent into agreements on practical actions for addressing global challenges.