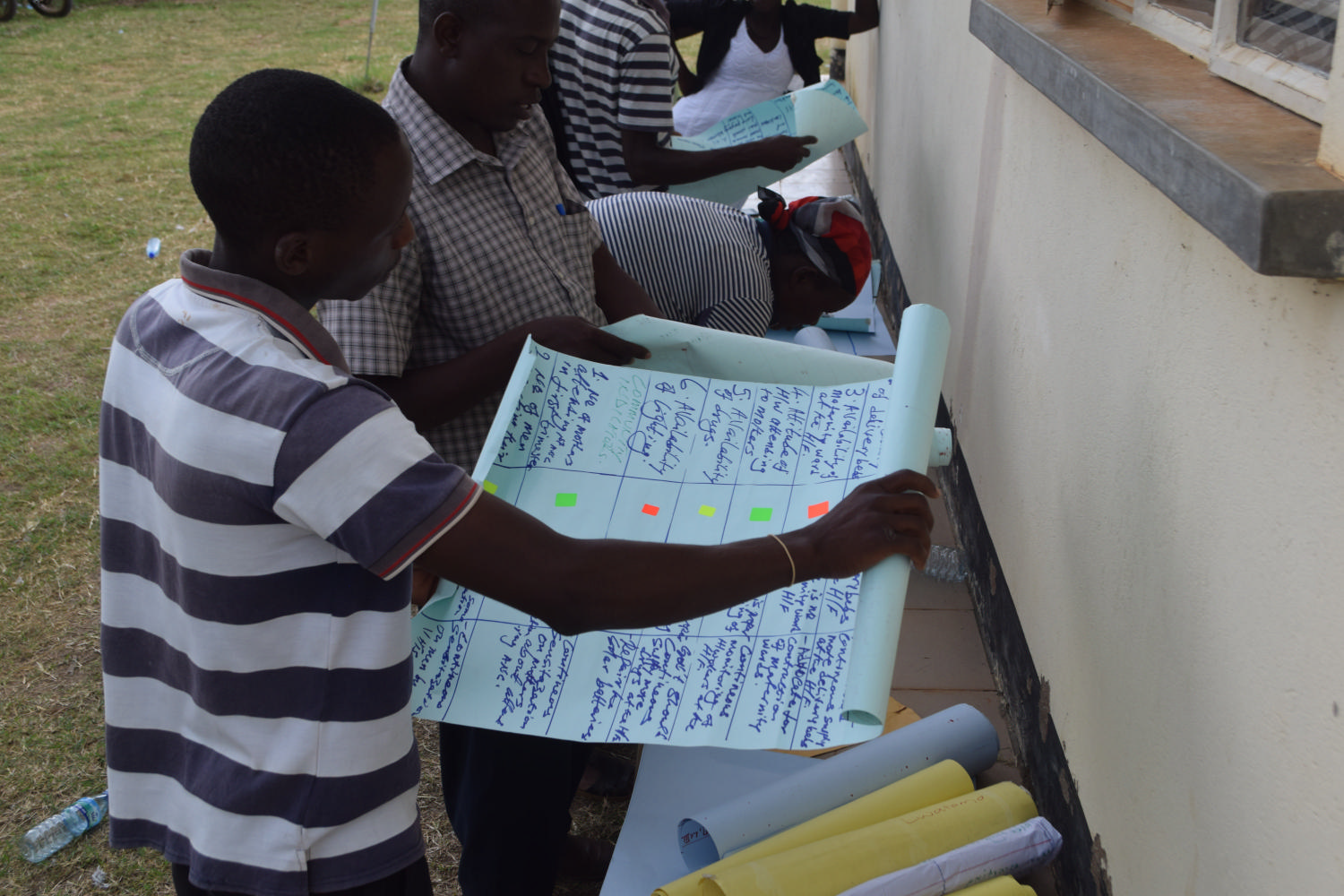 By Christine Aanyu, FHS Coordinator for the Uganda team

If you watch soccer, you will agree with me that just like a football team working together to set up the perfect shot at goal, every team member has a specific role to play in accomplishing tasks on an initiative that requires joint effort. While it may look like one player scored the goal, that score was made possible by on and off pitch team members’ planning, coordination, and cooperation to get that scorer the ball.

That is what we have observed with the different stakeholders as we implement a study that is testing a community and facility score card for maternal and newborn health service delivery in Kibuku District in Eastern Uganda.

Among the several roles played by these stakeholders is community sensitization where team work has been very critical. Local council (LCs) and Village Health Teams (VHTs) play a very important role in mobilization of the community members because they are most trusted in their communities. The sub-county chief on the other hand is important in scheduling the meetings and sharing with the Local Council 3 (LC3) chairperson. The LC3 Chairperson directs the lower LCs and health facility in charges to mobilize community members for the meeting. The health workers, health assistants and VHTs then carry out sensitization about the importance of maternal and newborn health.

A sub-county chief remarked recently that the success they are registering is due to team work: “We were able to carry out mobilization and sensitization of community members because of teamwork, we (political and technical officers) moved together as a team and even provided some transport money to the health workers to go to the venues were meetings were held.”

Had it not been for teamwork, the messages on maternal and newborn health would not be passed to community members through the different platforms like places of worship, burial grounds, parties, community dialogues and health facilities. Because of reaching out to various community members, several mothers coming for first ANC in the first trimester had been registered in most facilities just three months after implementation of the scorecard.

One of the facility in charge confesses “Before community score card was piloted, mothers would come for their first ANC late from six months and above but now we have registered some in the last three months even if they are still few.”

Some men have also started escorting their wives to the health facilities, a thing that rarely happened in the past in the district. This is all because men have been reached by different stakeholders who are working and coordinating as a team.

Even in the implementation of score card activities like scoring, teamwork has highly been important for its success. Stakeholders like coordinators, mobilizers, trainers, facilitators and note-takers work together to ensure that the scoring process happens as planned.

To wrap it up, for successful execution of any project, a concerted effort, commitment and cooperation of various stakeholders at different levels of the project cycle is paramount.

This blog post was first published on the The Makerere University Centre of Excellence for Maternal Newborn and Child Health website on August 2, 2018