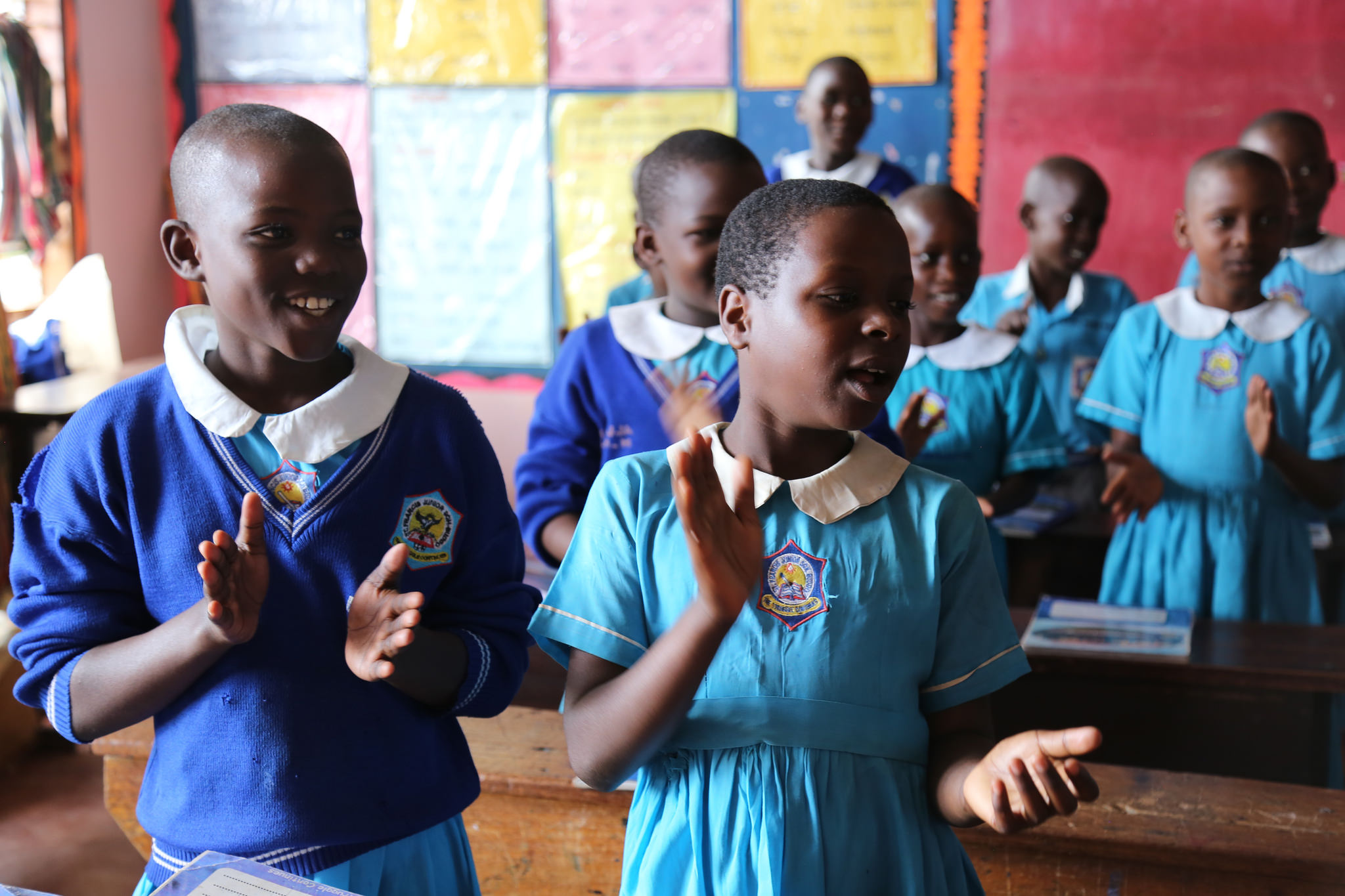 We should take bold steps to achieve gender parity, starting with schools

Moses Tetui, FHS Researcher, writes for the Daily Monitor about the messages Ugandan children are receiving in schools about gender roles, and the need for gender mainstreaming to reach gender parity.

Children in Ugandan schools, including mine, are still taught that women’s roles are to look after them, cook, do laundry and clean the house, while men protect the home, and are bread winners. It is a stark contrast of the reality, with women not only continuing to till the fields, but also leading in government as well as corporate boardrooms. Yet the national school curriculum remains insensitive, sowing seeds of gender dependence and prejudice in our children.

“There is nothing we can do, that’s what’s in the curriculum,” a teacher at a school my children go to told me last week when I asked why they still have images of a woman carrying babies and pots and man in suits holding a brief case.

I know you will agree with me that there is literally no truth in this gender roles dichotomy. I asked myself, where on earth the ministry of Gender is, when this is going on in our schools and institutions. As much as we men like to brag about being bread winners and that the tide is just changing now, it is a lie that has lived on for several generations. This is wrong, and we need to deliberately change it. We all know the work that women have done on our farms and families for generations, indeed, making them reliable breadwinners for most families.

The foundation we lay for our future generations determines the level of development that we can have as a society. Feminism is one of the core foundations of human progress. Now wait a minute before you start throwing around your nasty comments about feminism - let me educate you. Feminism is a range of political movements, ideologies and social movements that share a common goal: To define, establish, and achieve political, economic, personal, and social equality of sexes. This includes seeking to establish educational and professional opportunities for women that are equal to those for men. I guess we are now on the same page and you most likely can’t agree any more than I do, that this just logical for any forward-leaning person and society.

Gender mainstreaming is one of the tools that we need to achieve this equality. It involves the integration of a gender perspective into the preparation, design, implementation, monitoring and evaluation of policies and programmes. This definition is basically loaded with the need to have specific strategies aimed at achieving equality between women and men. And most importantly, a cycle of learning from our past and current actions as we forge a way forward.

As a country, we have made several strides in this regard, but I believe we need to take more deliberate action to achieve be taken, especially by changing our traditions and age-long gender stereotypes.

As I finish, let me share a few things that countries like Iceland are deliberately undertaking to gender mainstream: From pre-school to university, children learn and are deliberately taught gender equality matters. No wonder things like gender violence are rare in such societies. While we are constantly in shock when our media platforms are continuously awash with gruesome gender-related domestic violence.

Women’s equality is literally protected by law. Meanwhile, we are busy making excuses for not passing the marriage and divorce Bill. They have the best parental leave in the world, it gives both men and women the chance to nurture their children equally, without thinking of it as a women’s role. We give our men a mere 4 days of paternity leave, basically to go clear the hospital bills, if any.

They condemn any kind of language that demeans women and it attracts serious consequences by law. For those who care to learn and get better, I believe there is a lot for us to gain from this struggle.

This article was first published on the Daily Monitor website on June 19, 2018