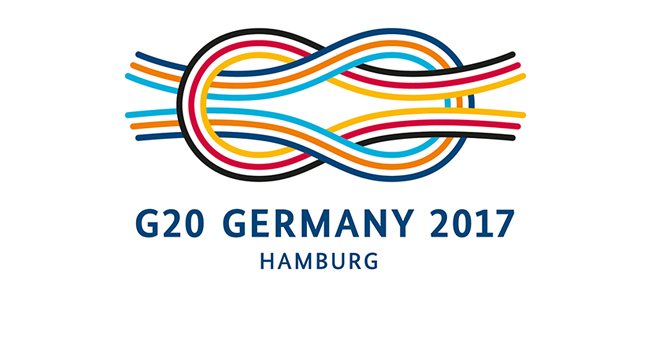 By David Bishai, FHS researcher and Professor at Johns Hopkins Bloomberg School of Public Health in the Department of Population, Family, and Reproductive Health

In 1895, poet Joseph Malins described an ill-starred town shadowed by a cliff. Citizens would regularly tumble off the cliff, so the town mercifully pays for a public ambulance. The poet berates the town for not building a fence at the rim of the cliff. As the G20 come together this July in Hamburg, they should take heed and learn the lessons from this fenceless town. Addressing global health security challenges like pandemics and resistance to antibiotics requires not just an ambulance, but a fence too.

The G20 need to expand their horizons beyond simply financing pandemic response squads, new drugs, and healthcare to treat the sick. If they are wise, they will invest in public health strategies as well. The newly launched Public Health Performance Strengthening at Districts white paper (supported by Rockefeller Foundation, The Alliance for Health Systems Policy and Research and Future Health Systems) has outlined a strategy for preventing pandemics and the emergence of resistance to antibiotics by shoring up operations in the world’s 60,000 district public health departments.

Moving beyond the bromide call to “strengthen the health system”, this new approach lists criteria that indicate when a district public health department is doing its job. Having functional public health departments is a blessing taken for granted by G20 leaders. Each of them used their public health workforce to thwart sustained epidemics of Ebola in 2014, and each is deploying public health strategies to monitor and map the rise in resistance to antibiotics.

National agencies like Brazil’s Fiocruz, USA’s Centers for Disease Control and Prevention (CDC) and Public Health England are the envy of the world, but they would be powerless without functional local partners at cities and counties. A system linking local, national, and international public health officers gets force when it acts locally to measure and communicate health threats and health problems to all sectors and to citizens, mayors, and town councils at the local level. Local action is the basis of effective and self-sustaining epidemic prevention. Local health officers have to be smart, connected, and quick to respond.

Speed matters in keeping outbreaks small. Patient zero of the Nigerian Ebola outbreak was diagnosed within 24 hours of his entry at the Lagos airport. Working with Nigeria’s CDC, the local health department was able to re-purpose a small army of contact tracers that were in Lagos for the polio program. Nigeria’s Ebola epidemic was rapidly contained.

Imagine a world where every health department on the planet had the ability to do what Lagos did as fast as they did. This would go a long way to keeping small outbreaks from growing to pandemics. The countries of the G20 invented the public health tools that stop epidemics, and could invest in the mechanisms to spread these tools. The International Association of National Public Health Institutes (IANPHI) has already organized 90 Public Health Institutes (NPHIs) and is growing annually. NPHIs are the focal point for workforce capacity development activities in public health. Based on needs assessment an NPHI can work with partners to develop training and continuing education opportunities. There is no need to invent and staff the district health offices, they are already there. They just need better capacity and support to do their jobs better.

Some institutes like Mozambique’s have developed checklists that are deployed in supportive supervision of district public health departments. To prevent another yellow fever epidemic, Angola’s national public health institute is working with USAID support to develop a similar approach to use measurements of public health performance as a lever to improve its cadres of municipal health officials.

With the rise of resistance to antibiotics at the top of the G20 agenda, district level public health departments could play a critical role if they are written into the script. Instead of placing the emphasis solely on new antibiotic development to treat victims, there is an important role for community outreach and the oversight of professional practice. This needs to go alongside local epidemiological surveillance to help communities understand that the threat has already arrived and that everyone has a role in antibiotic stewardship.

As G20 leaders meet they will be compelled by the humanitarian need to staff “ambulances” at the bottom of the cliff. There is nothing wrong with caring for broken bodies as long as due diligence is taken to prevent problems in the first place. The G20 should build on recent successes, and share lessons to help communities around the world work with their district level health officers to understand and prioritize public health.