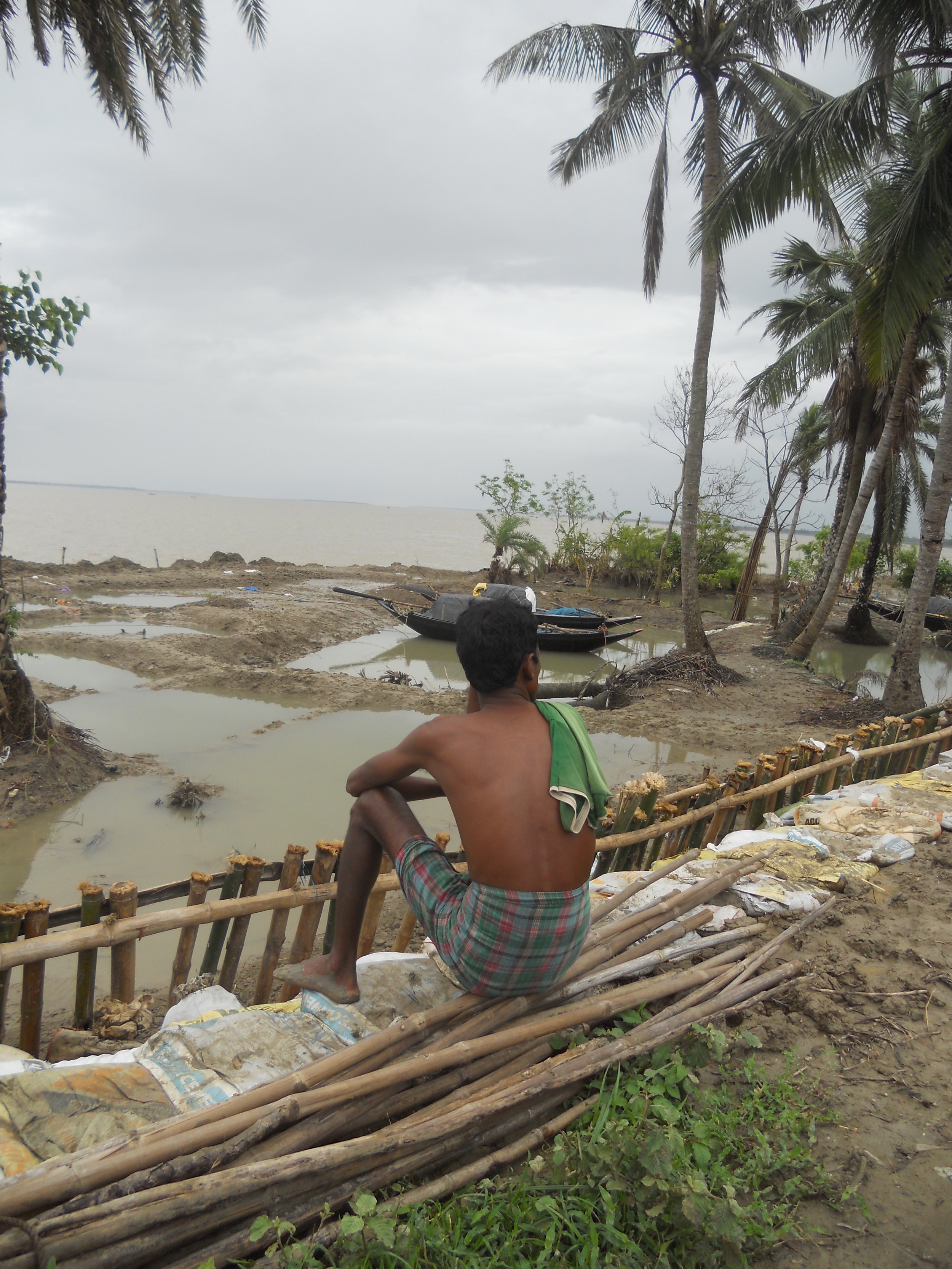 Is the health system response out of sync with the demands of the islanders in the Indian Sundarbans?

Five years ago, a mid-summer nightmare named Aila crashed on the Sundarbans with murderous fury and wreaked destruction beyond repair. On May 25, 2009 the tropical cyclone hit the Sundarbans in India and Bangladesh with a wind speed of 110 km/hr. Over 8,000 people went missing and more than a million were rendered homeless in the two countries. In India about 300 people were killed in Sagar Island alone in the Indian Sundarbans. Figures can scarcely do justice to record the number of homes destroyed, lives lost and livelihoods decimated.

There was a localised health system collapse in the immediate aftermath of Aila – a fact attested by the islanders loudly and by the state health policy makers privately.

Nearness to the state capital Kolkata has been a boon to doctors sent out to the public health facilities in the Sundarbans and a bane to the islanders. Most of the government doctors take it as a day job for four hours and openly flout the government norms. It was -- and still is -- the best known secret in the islands.

The suddenness of Aila left the state health machinery and the ‘day doctors’ out of reach of the islanders for close to a week. For seven days after Aila, the medical team camped in the landlocked part of the Sundarbans, leaving the islands at the mercy of a few ‘braveheart’ state doctors and village 'doctors' (or Rural Medical Practitioners, RMPs). Even traversing all the landlocked areas was difficult as the roads were ‘sealed off’ by the trees uprooted by the cyclone. And this was for the all-weather metal roads. For the rest they were left to their own peril.

When the state could get the doctors to reach their stations they were confronted with overwhelming numbers of water borne diseases that poured into the government as well as the NGO health facilities. Ironically, the health response saw the RMPs and the state doctors working hand-in-hand to tackle the huge case load.

The state health system response, or the lack of it, has taken a toll on the mind space of the islanders who, as the FHS studies would later suggest, have veered more towards the RMPs.

"Nearly 85 per cent of the children of the region could not be taken to the hospital or to a qualified doctor in the event of sickness and were treated by unqualified and untrained Rural Medical Practitioners (RMPs)."

FHS India’s How Healthy are the Children of Indian Sundarbans found out – five years after Aila – that nearly 85 per cent of the children of the region could not be taken to the hospital or to a qualified doctor in the event of sickness and were treated by unqualified and untrained Rural Medical Practitioners (RMPs). Aila has irreparably damaged livelihoods – by rendering farmlands unusable, by contaminating fresh water ponds, by drowning families in debt – to such an extent that many villages are now bereft of men. So when a child falls ill, it falls upon the mother or grandmother to take it to the doctor. And it is well-nigh impossible for a woman to carry an ailing child to the block hospital, which may be a several hours by land and boat away from her home.

Hence the dependence on the RMPs, who, though offering care of a dubious quality, invariably have chambers in the heart of the villages, are always available and willing to provide medicines and treatment on credit. Tellingly, a 2010 study by Future Health Systems revealed a significant switch in people’s dependence on RMPs vis-à-vis the Aila – about 83 per cent of ailing children in Patharpratima were treated by the RMPs one year after Aila compared to 67 per cent in the pre-Aila year. The How Healthy are the Children of Indian Sundarbans report not only suggests that the absolute dependence on RMPs is a major factor behind the miserable health condition of the children of the Sunderbans but also that the Aila has contributed greatly to this pernicious dependence.

The Sundarbans islanders – since the time they have settled down – have been up against two constant disadvantages: a difficult geography and an uncertain climate. Post-Aila, the people had additionally to contend with the uncertainty of the politics born of a regime change. The social and health security schemes are being increasingly marred by politics making the health system of Sundarbans susceptible to any future climate shocks – both big and small.

After the cyclone, five years down the line, as the successive FHS studies reveal, there has been a positive change in the overall health status of the people in the last 10 years. The disturbing peck in this otherwise rosy image is that there has been an increase in climate sensitive diseases like diarrhea and acute respiratory infections (ARI) amongst children. How much of this positive turn in the overall health seeking status can be attributed to the responsive health system and how much it is due to the community’s awareness and individual effort to seek care from outside the Sundarbans, though, is a matter of debate and further research.

How indelible is the mark that Aila has left? FHS researchers’ interactions with the people, particularly in the course of its study, of the vulnerable groups reveal a different and disturbing picture. Self-reported morbidity of women is significantly on the increase. For the women in the islands, doubly burdened with household chores and stressful livelihood in the absence of their seasonal migrant husbands, the reasons are not hard to imagine. Long periods of wading through waist deep saline water make them more susceptible to vaginal infection and body ache. Mental illness in a phobic situation of uncertain future is now very common in the Sundarbans. Dr. Amitava Chowdhury, the definitive lens which had informed the Amitabh Ghosh’s ‘Hungry Tide' and who is treating patients for more than 20 years in the islands of the Sundarbans, asserts that the health of islanders is steadily going downhill post Aila:

‘I get increasing number of cerebral palsy among children… and also most women seldom weigh more than 40 kg. This, I am sure, is due to lack of nutrition and the general atmosphere of uncertainty and depression post Aila’.

The situation is compounded by absence of potable water, arsenic contamination and high rate of open defecation in Sundarbans. The availability and acceptability of health schemes have been severely marred by political bias towards selected sections of the population. Political polarisation has complicated the already complex social determinants of accessing health system like physical access, economic access and social access.

In a nutshell, how has the health system responded? If one goes by the WHO guideline of ‘a well-functioning health system responds in a balanced way to a population’s needs and expectations by: improving the health status of individuals; families and communities defending the population against what threatens its health; protecting people against the financial consequences of ill-health; providing equitable access to people-centered care; making it possible for people to participate in decisions affecting their health and health system’ – five years after the fateful Aila equitable access to the health system still remains a distant dream for the majority of the Sundarbans islanders.

Comment
categories IIHMR, India
tags Shibaji Bose
← June 25, 2014
7 Things Everyone Should Know About DFID’s Approach To Health Systems Strengthening
→ March 20, 2014
From ‘Basket Case’ to ‘One of the Great Mysteries of Global Health’: How did Bangladesh become such a success story?